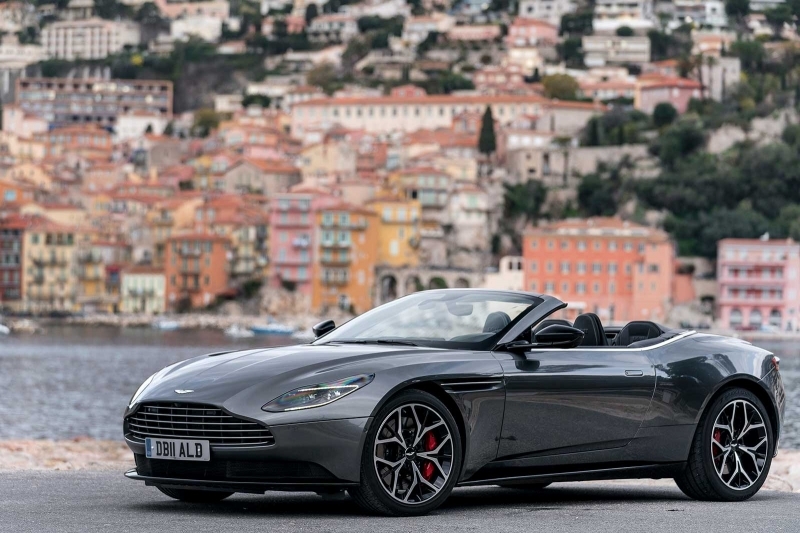 Aston Martin DB11 Volante through the cities to visit in Italy: gliding the peninsula.

It is not just us - with our patriotic spirit or some sort of parochialism, in its positive sense of defending traditions - to affirm that Italy is the most beautiful country in the world: the United Nations Organisation says so for Education, Science and Culture (UNESCO), where it included 55 Italian sites in the list of World Heritage Sites (to be honest it must be said that for a very short time China, now a distant second, matched this result).

The places to visit in Italy are truly incalculable: the Belpaese (Beautiful Country) - called as such for its mild climate, its natural landscapes, its history and its culture - offers tourists from all over the world an almost infinite choice of "attractions".

Just to give a few examples, among the places to visit in Italy included by right:

We have mentioned only a small part of the beautiful places to visit in Italy because it is tough - if not practically impossible - to list them all! Just as it was difficult to decide which itinerary from Northern to Southern Italy to propose.

After long contemplation, we have chosen for you 3 of the most beautiful cities to see in Italy: one in the north, one in the centre and one in the south. To give them their due honour, there is nothing better than making a triumphal entrance through their doors aboard a luxury and elegant car such as the Aston Martin DB11 Volante, which you can rent from Italian Luxury Car Hire and receive wherever you want, 7 days a week, 24 hours a day.

We can deliver it to you before departure, at your home, or upon your arrival in the first of the Italian destinations that we will shortly show you, in the city centre or directly at your hotel, or even at the nearest airport. 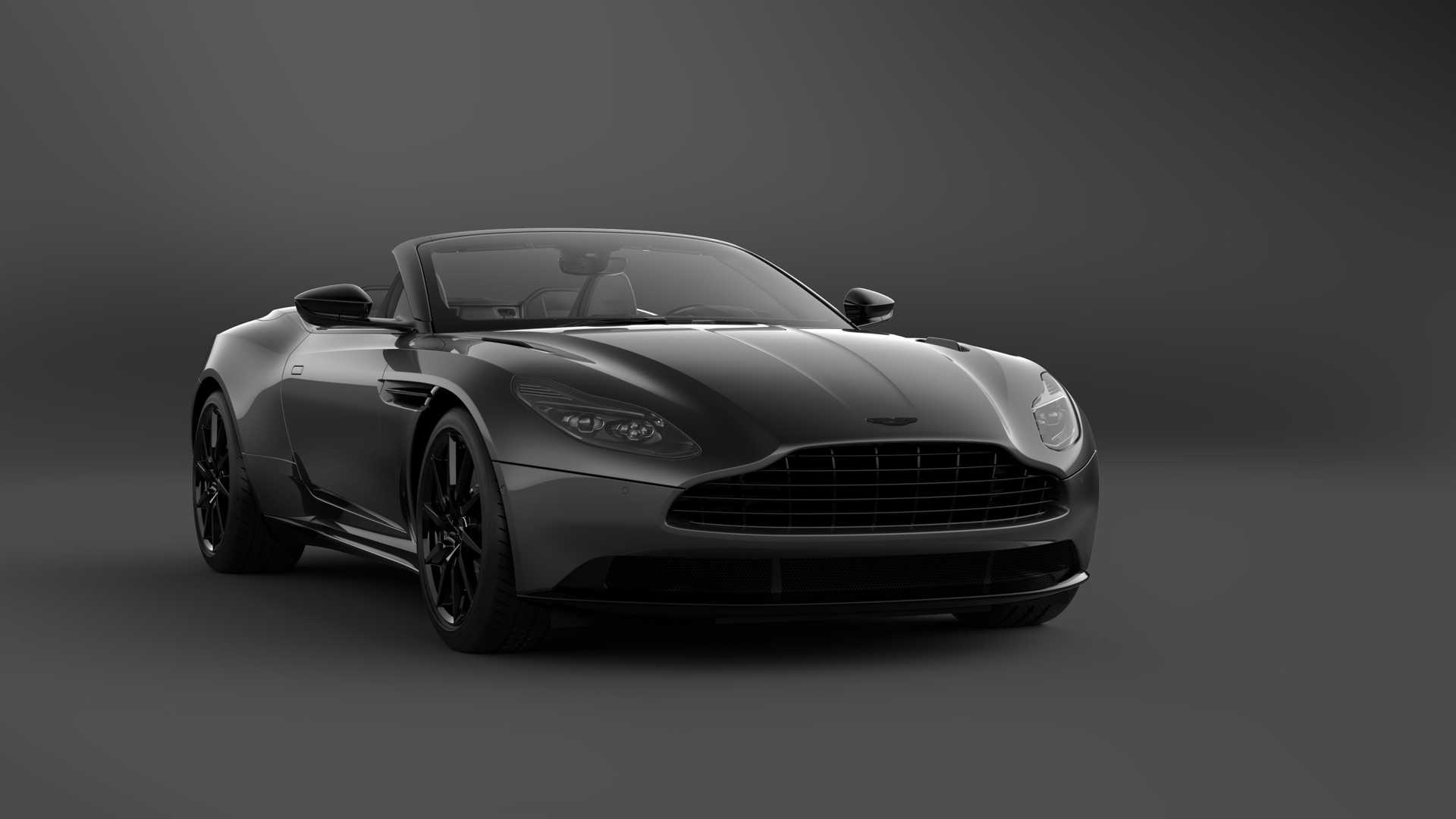 Beautiful cities to visit in Italy onboard an Aston Martin DB11 Volante: luxury and elegance in the open through the streets of what are proper open-air museums.

The first stop on our itinerary from the north to the south of Italy is the most European of Italian cities (and, unquestionably, one of the most beautiful cities in northern Italy): Trieste.

Its history, peculiar geographic location, famous cafés and magnificent Piazza Unità make it a city with a unique and undisputed charm. Let yourself be surprised by the unique blend between the Mediterranean and Central European culture reflected in the architecture of the buildings, its squares, churches, in its uses and customs and even in the faces of people.

After visiting it far and wide it is time to get back onboard the Aston Martin DB11 and head to another of the inevitable places to see in Italy (to be precise, given that our itinerary from the north to the south of Italy contemplates a city in the north, one in the centre and one in the south, it is the turn of one of the cities to visit in central Italy): Ascoli Piceno.

To tell the truth, the capital of Marche does not - inexplicably - be among the "classic" Italian destinations, among the most popular tourist routes, and this is the first reason that prompted us to choose it when we decided that in our itinerary from the north to the south of Italy. The second reason is that few cities are equally full of charm: its peculiarity - what makes it one of the most beautiful cities to visit in Italy - consists in the fact that its entire historic centre was built by sculpting the travertine blocks from the nearby Piceno quarries. The stone is, therefore, the protagonist and you can admire the synthesis of such beauty in Piazza del Popolo, overlooked by the Church of San Francesco, the Palazzo dei Capitani del Popoli, medieval houses and arcades. Considered one of the most beautiful squares in Italy, Piazza del Popolo is competing for the heart of the Ascoli with the nearby Piazza Arringo where the other most important monuments of the city are located: the Palazzo dell'Arringo - home of the Civic Art Gallery - the Cathedral of Sant' Emidio, the Baptistery of San Giovanni and the Episcopal Palace with the Diocesan Museum.

Our tour of the cities in Italy unquestionably ends in the South and, precisely, in Matera, a city with an ancient history, which has spanned millennia of human evolution and which offers itself today as a scenario of enormous historic and cultural interest. Its famous Sassi are two city districts made up of buildings and rock architecture carved into the rock of the Matera Murgia and inhabited since prehistoric times. Declared as World Heritage by UNESCO since 1993, the Sassi di Matera are the testimony of man's ability to adapt perfectly to the environment and the natural context, masterfully using simple features such as the constant temperature of the excavated environments, the calcarenite itself of the rocky bank for the construction of houses above ground and the use of slopes to control the flow of water and meteorological phenomena.

We do not want to add more to not spoil the surprise effect: just fasten the seatbelt of the Aston Martin DB11 Volante and immediately set off to discover these 3 of the most beautiful cities to visit in Italy! 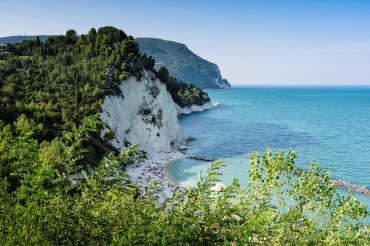 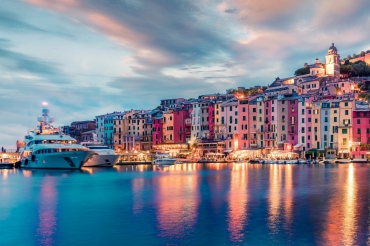 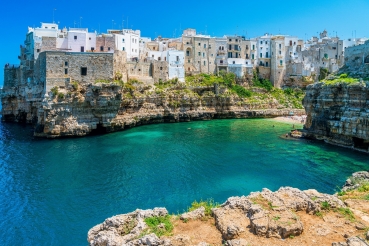