As a global icon, the automobile group known for the production of prestigious cars, can be proud of a purely Italian history and is a brand regarded as the testimony of elegance, refinement and Italian style in the world. 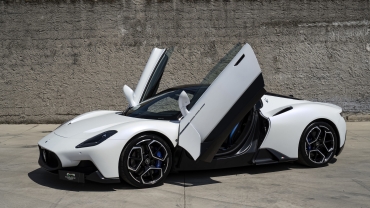 The new jewel of the Modenese house cuts its path among the super sports cars. What are you waiting for? Let yourself be attracted and come and discover it with us! 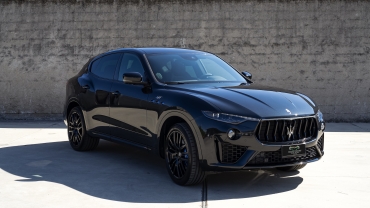 If you are looking for a great and captivating car, come and try the new version of the Levante, available in a total black look, exclusively at Up Cars! 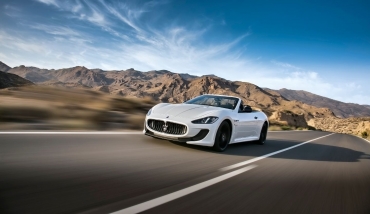 In production since 2010, it is both a sports car and stylish, fast and powerful like a Ferrari, comfortable and luxurious like few others, a real large convertible.

In Bologna, December 1st 1914, Alfieri Maserati founded the limited company "Alfieri Maserati workshops'' for the processing and development of Isotta Fraschini cars, competing in road races. The factory had only five employees, including two brothers of Alfieri (Ettore and Ernesto Maserati).

In 1926, Maserati transformed from a workshop, that develops and modifies the projects of other companies, to a real and proper manufacturer. In fact, the Tipo 26 produced in that year was the first car of the new Maserati brand and reached important goals. The important brand was created by Mario Maserati, the only one of Maserati brothers who had preferred an artistic career to that of engines. He managed to create, with the help of the Marquis and great family friend Diego de Sterlich, a symbol of power and kingship: the trident. Being the symbol par excellence of the brand, it is inspired by the famous statue of Neptune, located in the fountain of Piazza Maggiore in Bologna, and will from then on be the dominant logo of the automaker. The colours, that back the brand throughout history, are the legendary colours of the city of Bologna: blue and red.

In 1932, the founder Alfieri died after surgery due to a car accident a few years earlier; so the activity was carried on by the Maserati brothers, but in 1937 it was sold to the rich industrial family Orsi, whose empire was involved in steel industry, metallurgy and tools. From that moment, the company headquarters moved from Bologna to Modena, near the present factory in Viale Ciro Menotti. During the war years, the production was concentrated on spark plugs and batteries, and then resumed after World War II with automotive activities through the presentation of a new car: the A6 1500, GT car, even in racing version.

Since 2005, Maserati is owned by the Fiat Group, today (FCA) and still represents the elegance of Italian style all over the world, with its most representative models: MC GranCabrio, Quattroporte, Ghibli and Levante, linked to the global style icon.