Originally being an aircraft engine manufacturer, the German brand with the shape of a propeller made its way into the world of cars, and gradually expanded globally with highly successful models. 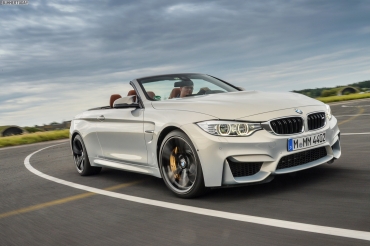 For those looking for a sporty convertible that is well powered, this is the spearhead of BMW. 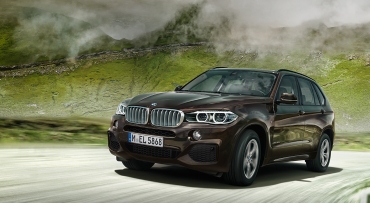 Complete cars, able to evolve until arriving at a final version which is really nice, sporty and very reliable.

The SUV coupé is the answer to those seeking luxury without forgetting the sports hint.

The abbreviation derives from Bayrische Motorenwerke, translated as the Bavarian manufacturer of engines. BMW is one of the most popular car manufacturers in the world.

Founded in Munich, Germany on July 21st, 1917, initially as a manufacturer of aircraft engines and motorcycles, it expanded into automobile manufacturing. It was always believed that the logo, similar to a propeller of an airplane against a blue sky, was a tribute to the origins of the company, however, it seems that it might be a tribute to the homeland. In fact, the colours of the Bavarian flag are white and blue. In 1928, BMW bought the brand “Dixi”, who manufactured under license of the British model Austin Seven, and began making the model, dubbed 3/15(?). Following this, BMW launched its first real model: the 320, also available uncovered, with a four cylinder engine derived from the previous Austin. In 1933, it debuted the 303, the first cylinder BMW, and in 1936 the important 326 cars with the innovative rear doors, as well as the 328, a sports car, that conquered the world of rally and won the 1940 Mille Miglia. During World War II. As most German companies, BMW participated in the production of military vehicles and in particular in the production of aircraft engines for military purposes. This was a period of great failure, there were no resources for the realization of cars, so it had to revisit some existing models. The first real post-war BMW car was the 501 sedan in 1951, while in 1955 the Isetta was launched: a micro egg-shaped car, that became very successful. The following year was the turn of 507, a roadster even today considered one of the most beautiful German roadsters. Despite all this, however, unfortunately the financial situation of the late 50s was so enormously critical that there were thoughts of merging with Mercedes. But fortunately, a major shareholder, Herbert Quandt, decided to buy the brand, so gradually the situation began to improve, so much that it was necessary to take over another company, Glas, in order to increase production rates and especially for its great plant (?) in Dingolfing, which is still active. From the 70s onwards the new administrator Eberhard von Kuenheim played a significant role within the company, as it quickly turned into a global production with several successful models: Series 5, Series 3, Series 6 and Series 7. Following this, there was the launch of other particularly relevant models: the Spider Z3, X5 and X6.