The brand of the four chained rings, symbol of the initial merging of four companies, has a rather complex history, and a special bond with the number four.

In the 21st century, the brand has been able to offer a wide range of cars with advanced technologies, developing the innovative grit of a visionary idea to mass production.

The new AUDI RS6 2020 does not only have the unmistakable design and power of a supercar, it is a completely new car to be discovered. 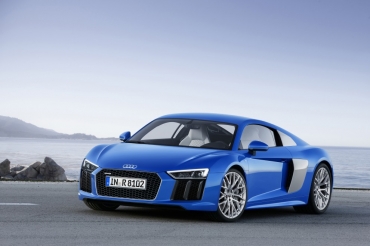 It is the perfect racing car, a bolide that can compete without any problems against Porsche, Ferrari, Lamborghini and McLaren, a true supercar in all effects. 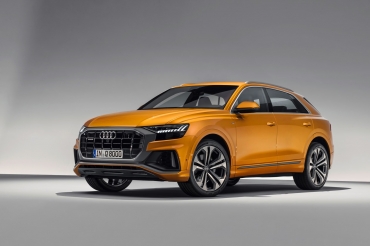 Perfect combination of elegance, the new Q8 is the ultimate expression of design, technology and dynamics. 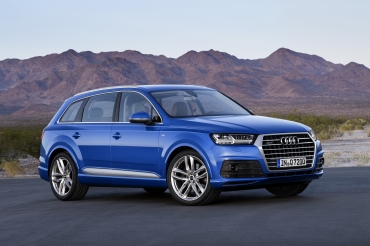 All road cars, convenient, reliable and design in Audi style, an assurance of quality.

The whole story started in 1899, when August Horch, a German engineer, decided to create a car company bearing his name in Cologne. He had a relentless personality and was always looking for innovation. August experimented a lot on the first Horch models, but because of the incurred costs for research and development, which were enormous according to administrators, he became more and more isolated from Horch & Cie. So, without any problems and with his great determination, he decided to start his own company in 1909. No longer able to use the Horch brand, since it was already registered, he decided to use the new name “Audi”, which in Latin means ''listen'', derived from the translation of “Horch” in German. The cars of the German brand achieved immediate success due to their robustness and reliability. The name of the cars follow the letters of the alphabet;

The first Audi in history, the Typ A was built in 1910 with a 2.6 petrol engine, four cylinders, 22 horsepower, 4-speed gearbox and rear-wheel drive. It had many elements in common with the simultaneous Horc10PS, which were various characteristics obviously exploited by August. Thanks to the product quality, the car was produced until 1912, and at the end it was at first replaced by Typ B, its natural evolution, and then from 1912 to 1921 by the Typ C, that was winning sporting competitions. With the end of World War I, however, the brand found itself facing one of the worst periods and declared bankruptcy in 1927. The merit of the brand's resurrection goes to the Volkswagen Group which took over the Auto Union: an automotive group made up of DKW, Audi, Horch and Wanderer, and the group which created the small Auto Union Audi 50 of 1974, anticipating the forms of the Volkswagen Polo and Golf. But the real turning point came only in 1968 with the launch of the flagship Audi 100: post-war’s first saloon of upper class, produced in four series that reinterpreted the canons of the classical sedan, preserving the original mechanical layout. The company with the four rings, however, needed to make a change in their own image, and in 1980 it launched the Quattro, a coupé with the innovative all-wheel drive. The extraordinary decision to offer the all-wheel drive on non-off-road cars is even today the signature on its 4WD vehicles. Throughout the second half of the 80s, Audi succeeded very well in competing with the brands BMW and Mercedes; and in the mid 90s, to challenge the competition, it launched the Audi A8, the first mass-produced car with an all-aluminium framework. Among the other top models, there can also be found the 1994 A4 (heir of Audi 80), the 1996 A3, TT 1998, and the Audi R8 in 2006: high-performance sports cars, created to compete with the Porsche Carrera, on the mechanical basis of Lamborghini Gallardo.